In the process of CNC machine tool processing, the tool moves from the starting point or the tool change point to the position close to the workpiece to improve the processing efficiency. It returns to the starting point or the tool change point in G00 (rapid point positioning) mode. The principle of considering the retract path is: first, to ensure safety, that is, not to collide with the workpiece during the retracting process; second, to consider the shortest retract path, shorten the idle stroke, and improve production efficiency.

According to the different parts of the tool processed by the tool, the determination of the retract path is also different. The following three retreat routes are commonly used in CNC lathes:

The radial and axial retract path means that the tool first retracts vertically in the radial direction and then retracts axially when it reaches the specified position. The grooving shown in Figure 2 adopts this kind of retreat route. 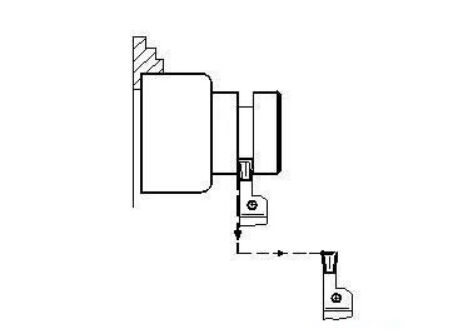